Allah! La ilaha illa Huwa (none has the right to be worshipped but He), Al-Hayyul-Quyyum (the Ever Living, the One Who sustains and protects all that exists.) (3:2)

Allah! La ilaha illa Huwa (none has the right to be worshipped but He).  Neither slumber nor sleep overtakes Him.  To Him belongs whatever is in the heavens and whatever is on earth.  (2:255)

And (all) faces shall be humbled before (Allah)  the Ever-Living.  And he who carried wrongdoing will be indeed a complete failure on that Day. (20:111)

This name is an attribute of Allah meaning the Self-Subsisting.  He doesn’t depend on anything, nor does He require any support.  He is the Omnipotent, Creator and Sustainer of all things.  He is the Almighty and the Sole Provider, Allah sustains the existence of everything.

One who repeats this name 99 times will never fall into hard times.

Al-Qayym, the Self-Subsistent Everlasting One Who is perfect in Himself.  The One Who stands alone.  He is the One Who draws out the origins and provisions of all things through the truth of His created Order, and He is the Knower of their capacities.  So let all your thirsting, knowing, and trusting be to Him Who is the Everlasting Order.

Allah is the self-existing one upon whom the existence of all else depends.  Many of the wise agree that al-Hayy al-Qayyumm, the Ever-Living, the Self-Existing is the greatest Name, which has the power, when recited by those upon whom it is manifested, even to raise the dead.  The Messenger (pbuh) said that Jesus (pbuh) recited these names when he revived the dead.

When Moses (pbuh) split the Red Sea in two, his people asked him how he prayed to his Lord.  He said that he recited Ahiyyan ya Hayy, Sharahiyyan ya Qayyum.

Hadrat ‘Ali (pbuh) relates that during the battle of Badr, when he checked on the Messenger of Allah, he would find him prostrating and begging Allahu, ya Hayyu, ya Qayyum for the victory which Allah accorded to him.

If people can see how our being, our life, our body are dependent upon our soul, we may understand a little the dependence of all that exists upon the Ever Self-Existent One.  The soul governs the whole of our being.  When the soul leaves the body, although the body appears to be the same, it does not breathe, it does not see, it does not hear, it does not move, and eventually it disintegrates, because what governed it and held it together was the soul.

If is the soul which is responsible for life, existence, and order and harmony within the whole being.  The being – its wisdom, its beauty, its strength, its very life down to the last cell, the last atom –  is in need of the soul at every moment.  When the soul leaves, all these qualities disappear.

In this way, every atom of the created universe is in need at every moment of the divine favor, the manifestation of al-Qayyum.  This divine grace is a special will of Allah that is present always, in different forms and strengths, in accordance with the need of everything in the universe for the perpetuation and amelioration al-Qayyum alone grants.  It is with this divine will that every atom obtains the cause for the satisfaction of its needs.  If Allah cut off that favor for a split second, nothing would be left standing.

O heedless one, Allah, who has infinite numbers of good servants and the whole creation to take care of, nevertheless cares for you and maintains you as if you were His only creation.  Although you have no one else but He who keeps you, you behave as if you do not need Him and have other protectors who care for you.  Worse still, you behave as if you are self-sufficient, self-existent.  How great is Allah’s favor, how infinite is His mercy, and how deep is your heedlessness!

‘Abd al-Qayyum is the one who witnesses that all exists because of Allah, and becomes an instrument of the manifestation of al-Qayyum by meeting the needs of others in Allah’s name.

If someone who spends a lot of his valuable time sleeping should recite before he is about to fall asleep, Alif Lam Mim, Allahu la ilaha illahu al-Hayy ul-Qayyum (“Alif, Lam, Mim, Allah, there is no god but He, the Living, the Self-Existing” Surah Baqarah 255) he may stop sleeping his life away.

On the other hand, if someone is afflicted with insomnia and recites wa tahsabuhum ayqazan wa hum ruqudun (“You would have reckoned them awake, but they were asleep” Surah Kahf 18) fa-darabna ‘ala adhanihim fil-kahfi sinina ‘adadan (“… so We sealed up their hearing in the Cave for a number of years” Surah Kahf 11) at bedtime, he may be able to sleep.

Someone who has difficulty in memorizing can make a habit of reciting this Name 16 times a day in a solitary place, and may then overcome that handicap.

When you start to look inside of yourself, you see your roles, your emotions, the liar, the hypocrite, the thief, the one […] 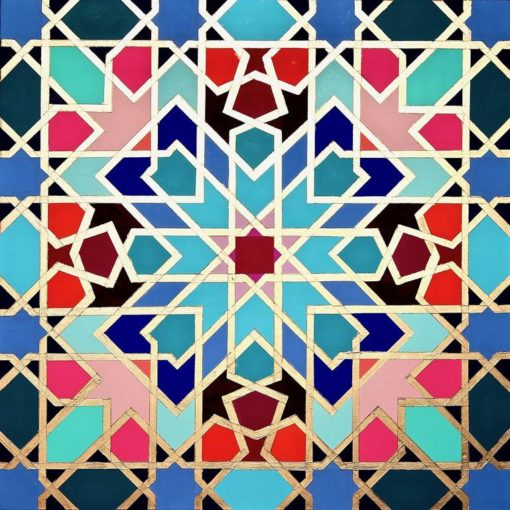