And We put forward to them the example of the life of this world.  It is like the water which We send down from the sky, and the vegetation of the earth mingles with it, and becomes fresh and green, but later it becomes dry and broken pieces, which the winds scatter.  And Allah is Able to do everything. (18:45)

They belied all Our Signs, so We seized them with a Seizure of the All-Mighty, All-Capable.  (54:42)

This name is an attribute of Allah which is synonymous with the previous name al-Qadir.

Allah has power over everything. He gives life and also death.  It is by His Command that everything changes.  He who repeats this name 500 times will be aware of the truth.

Al-Muqtadir is He Who destines the goodly characteristics of His face.  There is no Capable One better nor other than He. So if you feel inadequate in realizing the orders of Allah, then change all your endeavors to be only your returning to Him.

Allah is the one who creates all power and has total control over all power. Because He has total power, He is able to create what He wills and put into His creation whatever power He wills.  Without this energy that comes from its Creator, everything is lacking in itself, unable, in need.  But if Allah gives it the power and enables it, an ant can move a mountain.  Allah bestows power upon things on earth and in heaven, and uses them in accordance with His all-pervasive wisdom and will.  If He wills.  He strengthens the weak and weakens the strong, makes peace between them, makes them love each other; or if He wills, He makes them fight each other.

Allah is the helper of the well-intentioned who serve for His sake, and He is the enemy of tyrants.  He gives ease, wisdom, patience, perseverance, and strength to His good servants.  He increases the heedlessness, ambition, pleasures, and self-confidence in tyrants.  Allah manifests his name al-Muqtadir, along with al-Qahhar, the one supreme over all forces, and ash-Shahid, the one who is severe in punishment, when He destroys His enemies in defense of the righteous.

All creation is allotted a certain power by al-Muqtadir.  These powers are limited and controlled by the Giver of power.  It seems to us that the powers of humanity are great, enabling us to do great deeds.  We even say that we can invent, we can create.  Human beings can neither invent nor create.  Allah causes a thing to happen and leads people to discover something that has already been created.  It is always Allah who creates, even if sometimes it appears to come about through His creatures.

The faithful person should know that all power comes from al-Muqtadir, and by submission to His will, by obeying Him, by loving and fearing Him, one should try to obtain that power.  No force can overcome that power.   All love the one who loves Allah: all fear the one who fears Allah.

When one receives the help of Allah and is victorious through it, one should not be spoiled and become self-confident.  On the contrary, one should show one’s thankfulness actively by repenting for one’s mistakes, by being just, forgiving, generous, and compassionate, even to one’s enemies.

‘Abd al-Muqtadir is the one upon whom Allah has bestowed the knowledge of the secret of His first act of creation, the creation of the causal primary intelligence, an-nur al-Muhammadi, the Light of Muhammad (pbuh) form which all other created existence was generated.

A believer who makes a habit of reciting this Name up to 744 times when he wakes up in the morning will be heedful during the day: his memory will be sharp.  His affairs of the day will be solved in the best manner by the help of Allah. 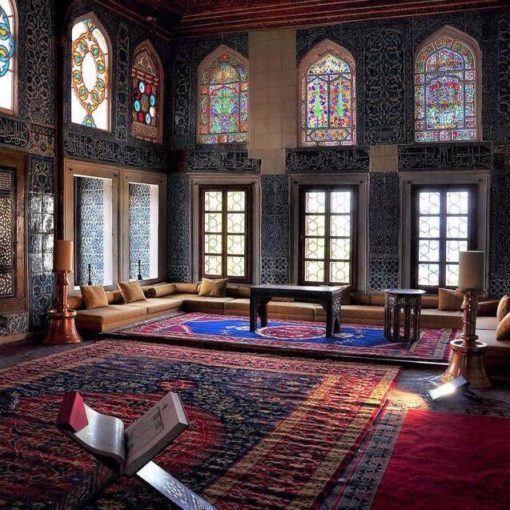 In Ottoman schools every child was evaluated and trained in regards to his or her skills. They were not given the same […]